Coronavirus update: UTC Sheffield City Centre is closed to all students until further notice. Regular updates to parents and students are being posted on the Letters page of this website. We would like to thank all parents for abiding by the government guidelines and supporting the welfare of the staff and students by keeping students at home. If you have any queries regarding work, please contact teaching staff via ‘Show My Homework’. For all other enquiries please contact admin@utcsheffield.org.uk.

Coronavirus update: UTC Sheffield Olympic Legacy Park is open for children of key workers and vulnerable students. Regular updates for parents and students are posted on the Letters page of this website. We would like to thank parents and carers for abiding by the government guidelines and supporting the welfare of the staff and students by keeping students at home. If you have any queries regarding work, please contact teaching staff via Teams. For all other enquiries please contact adminolp@utcsheffield.org.uk. 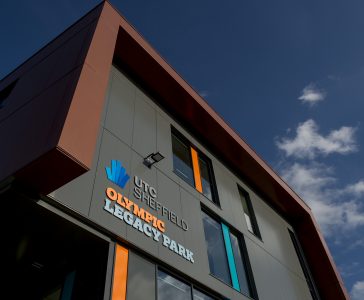 Students at UTC Sheffield Olympic Legacy Park are celebrating a top set of academic and technical results. At the UTC, students complete A Levels alongside technical qualifications in computing or health sciences or sport science. A total of 38 students sat exams this year. The A Level pass rate is 94.5%.  The pass rate for […]

UTC Sheffield City Centre students are celebrating a strong set of technical and A Level results, achieving very high pass rates in both types of qualifications. The UTC – which is Ofsted graded ‘good’ – is a technical school for 13 to 19-year-olds based on Matilda Street in Sheffield. Students complete academic as well as […] 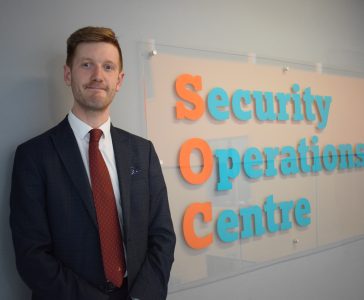 We sat down with Shaun Whorton to talk about his role as Curriculum Director for Computing at UTC Sheffield Olympic Legacy Park. So how did you get into teaching? With my strong subject knowledge and willingness to help younger kids get into the subject that I love, what better profession to get into than teaching. […]

We caught up with Alicia Payne, newly appointed Curriculum Director for Creative & Digital Media at UTC Sheffield City Centre, to hear all about her new role. So how did you get into teaching? It’s one of those very rewarding careers that involves my interests and hobbies within the creative industries. I enjoy helping and […]

Four Year 12 students from UTC Sheffield have taken part in a three-day film school hosted at Sheffield Hallam University. The UTC students, who are all studying Creative & Digital Media (CDM), joined 15 other students from six schools across South Yorkshire to put their media skills to the test. Over the three days, the […] 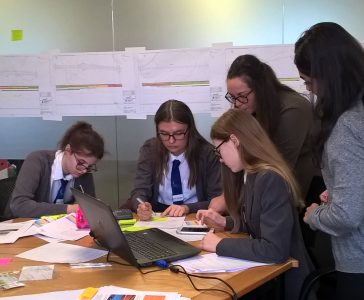 Twelve Year 10 students from UTC Sheffield attended an engineering competition hosted by Amey ahead of International Women in Engineering Day. Amey are a leading supplier of consulting and infrastructure support services both in the UK and internationally. Their many different areas include engineering, facilities management, utilities, transport, environmental services, defence and justice. The event […] 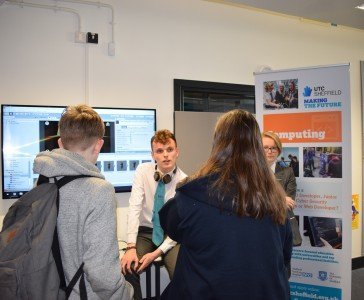 UTC Sheffield Olympic Legacy Park hosted an ‘Exploring the Future World of Work’ event for new and existing applicants. The event, held on Tuesday 30th April, was an opportunity for prospective and current Year 9 and 12 students to explore the options regarding their future, meet current pupils, staff and employer partners, and find out […]

UTC students engage in engineering extravaganza: Get up to Speed with STEM 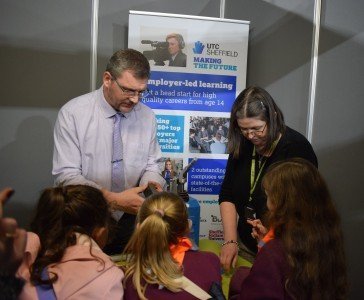 UTC Sheffield City Centre Year 9 students joined over 2000 young people from South Yorkshire for the inspiring Get up to Speed STEM careers event at Magna Science Adventure Centre. The annual occasion, which is now in its ninth year, saw over 90 exhibitors, attractions and activities, including an interactive stand hosted by the UTC, […] 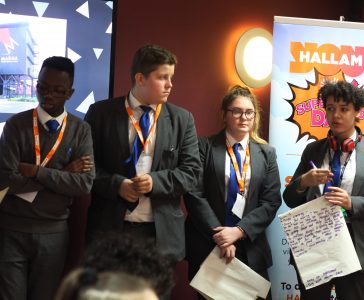 Year 10 Creative and Digital Media students have enjoyed a fantastic opportunity to visit leading Sheffield based radio station, Hallam FM. The 32 students, who visited Hallam FM on Friday 1st March, were split up into six groups where they put their creativity to the test. They were given briefs for various companies such as […] 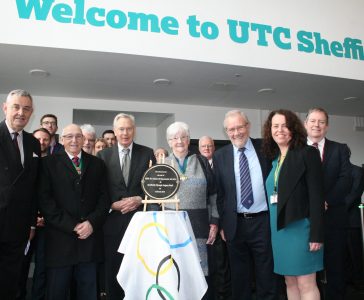