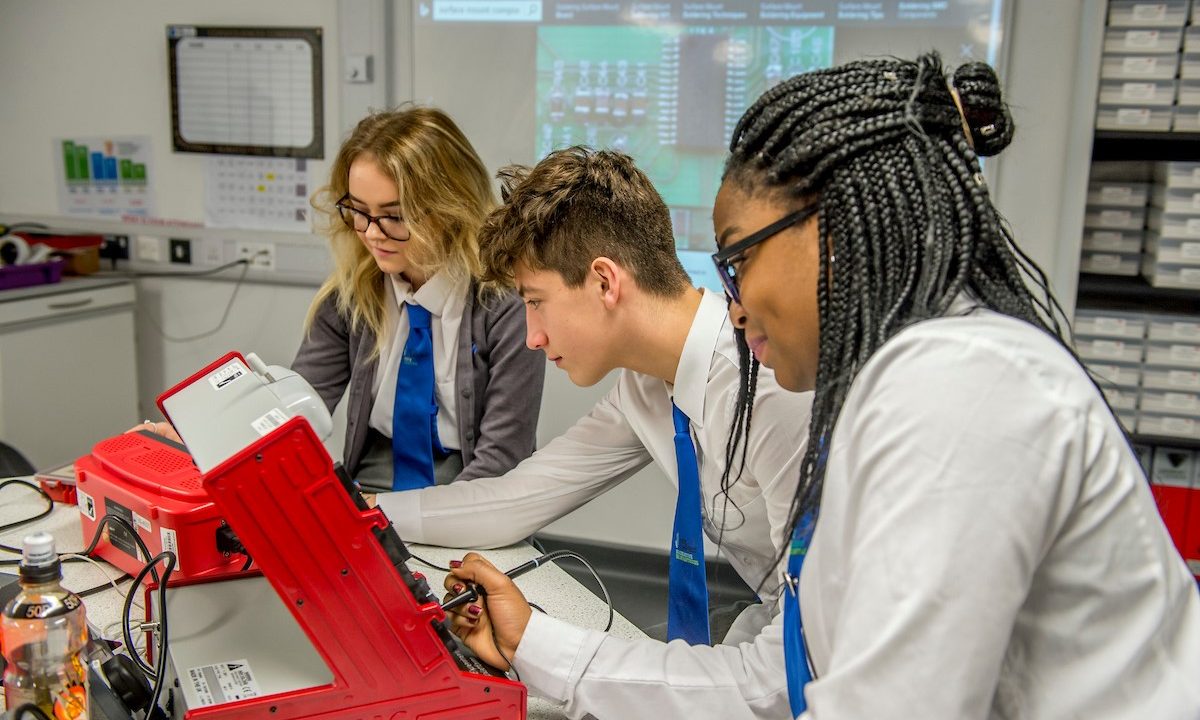 A new report released today – February 28th 2017 – by the charity that promotes University Technical Colleges, including UTC Sheffield, reveals that nearly half (45%) of 20-35 year olds working in STEM related roles (science, technology, engineering and maths) believe the subjects they studied at school are useless in the world of work.

A greater number (61%) thought that learning technical skills would have been more useful than studying traditional academic subjects. The survey of 1,000 young STEM workers was commissioned by Baker Dearing Educational Trust.

It found that three out of five (60%) of those surveyed didn’t believe teachers had a sufficient understanding of the labour market, and a similar number (63%) felt that schools didn’t understand the skills employers needed.

Nick Crew, Executive Principal, UTC Sheffield, said: “The education system has been driven with a focus on academic qualifications without equal value being placed on the essential skills that employers desire. Successful UTCs work closely with employers and universities to ensure the curriculum is enriched with high quality technical and employability skill focused challenges. Employer feedback and the destination evidence of UTC students clearly demonstrate the success of preparing them for future employment.”

Three out of five of those surveyed (63%) felt employers didn’t have enough say in what schools teach and over half of respondents (55%) also admitted that they didn’t understand how the subjects they learnt at school could be used in the world of work.

Lord Baker, Chairman, Baker Dearing Educational Trust says: “As we head towards Brexit the challenge for our education system is to ensure we equip students with the skills they need to forge successful careers in key areas like science, engineering and computing which our economy increasingly demands. This report shows that the current education system fails to provide these young people with opportunities to develop the technical skills they need to get the jobs they want.

“Every attempt to improve technical and hands-on vocational learning since 1870 has failed – most killed by snobbery.  UTCs are part of a small minority of schools which are attempting to meet the skills demands of industry and give students a well-rounded education to help them meet their full potential.  UTCs exist because students want them, employers like them and the economy needs them.”

Recent research by OECD suggests more than a quarter of pupils (28%) in England hope to be working in a science-related career by the time they are 30 years old. However, the findings in this report suggest there is a big disconnect between what young people are learning in schools and what employers demand of them in the workplace.