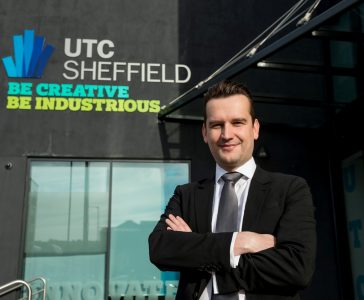 UTC Sheffield City Centre Principal Alex Reynolds has been appointed to a new government panel as part of a national shake-up of vocational education. The government is launching 15 new technical qualifications, known as T Levels, as part of an overhaul of the education system for 16 to 19-year-olds. T Levels aim to put technical […] 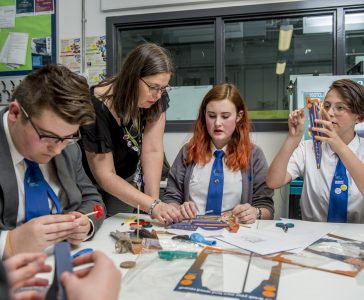 UTC Sheffield students have put their technical skills to the test during a Bloodhound Engineering Adventure themed day supported by the Institution of Mechanical Engineers. Sixty-four Year 11 engineering students, aged 15 and 16, were introduced to the Bloodhound Super Sonic Car project which is a global engineering adventure, using a 1,000mph world land speed […] 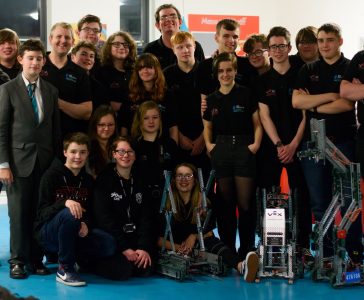 A team of Year 12 students at UTC Sheffield Olympic Legacy Park have made it through the regional heats of the VEX Robotics competition to secure their place competing at nationals. The team also took home Tournament Champions. A total of 18 teams took part in the competition, held at De Montfort School in Evesham. […] 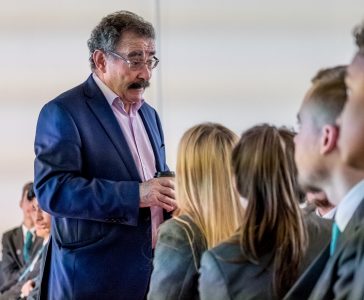 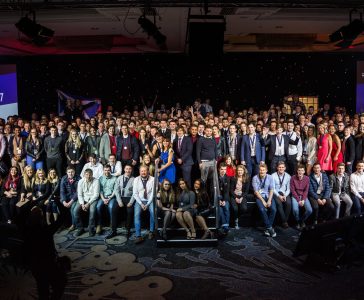 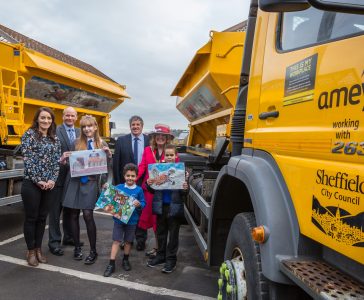 Photo credit: Dean Hodson A UTC Sheffield student’s creative designs are set to tour the streets of Sheffield this winter. Kirstie Dale, 17, is one of three pupils from across the city who has won a competition to create artwork for the Streets Ahead gritters. As part of a competition run by Streets Ahead, pupils […]

Our UTC Sheffield City Centre campus is inviting the public to attend a 3D printing technology lecture organised by industry experts this week. The Institution of Mechanical Engineers’ talk will look at the impact of 3D printing including the challenges and the opportunities. Also known as additive manufacturing, 3D printing refers to processes used to […]

On Monday 23rd October Post-16 students who are studying Creative and Digital Media at UTC Sheffield City Centre had the chance to quiz film producer and Joint CEO of Warp Films, Mark Herbert, on the art of film making. Mark, who has credits on such films as Four Lions, This is England, Submarine and Dead […]

UTC City Centre Students Get on Board the HeppSY+ Bus 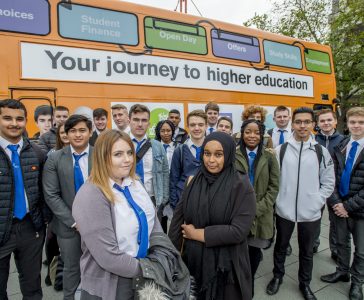 On Wednesday 18th October, students from UTC Sheffield City Centre became some of the first young people to get on board the HeppSY+ mobile classroom as part of the campaign launch. The Higher Education Progression Partnership South Yorkshire Plus (HeppSY+) is part of a national programme funded by the Higher Education Funding Council for England […]

Introduction: new performance measures The way that the performance of schools and pupils is measured has changed. The government introduced a new score called Progress 8 in 2016. This replaced the GCSE leagues tables based on the number of pupils gaining A* to C grades. Under the new system UTC Sheffield City Centre campus – […]