We have increased student online learning using Teams as the predominant method of delivery. This may be supplemented with face to face delivery on site in the coming weeks, for those students who require additional support. All students have been sent information on how to download and set up Teams. Should any student have difficulties with this, please contact admin@utcsheffield.org.uk and we will address your query as soon as possible. Therefore, our offer of face to face teaching, in line with government advice is that we will invite key worker/vulnerable/students who cannot access online delivery.

Please see the Letters page and the Covid-19 Update page for more information.

In these unprecedented times, we are sorry that we are unable to run the parents evening on 15 July 2020.  If you have any pressing concerns, please contact admin@utcsheffield.org.uk

Coronavirus update: From 15 June, UTC Sheffield Olympic Legacy Park is open to a wider cohort of identified Y10 and Y12 students as well as to vulnerable students and children of key workers. Please see the Letters page and the Covid-19 Update page on our website. 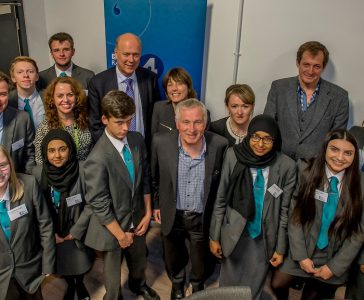 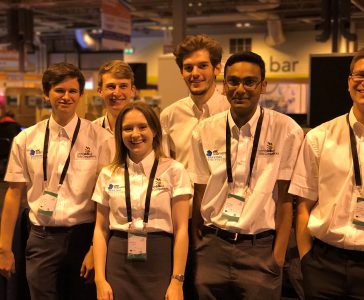 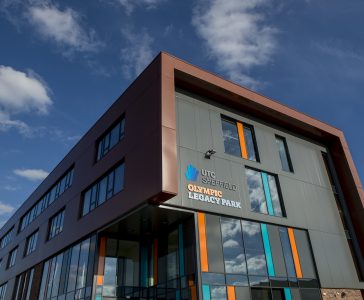 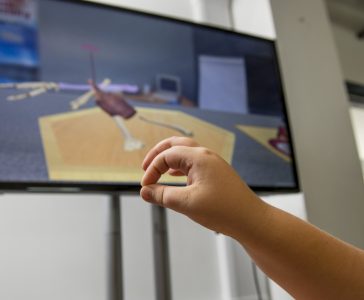 Last week UTC Sheffield City Centre students enjoyed an exclusive first look around the Virtual Reality and Prosthetics Exhibition, a collaboration between Sheffield Hallam University and UTC Sheffield funded by the Wellcome Trust. The exhibition will soon move to the Millennium Galleries and then onto Weston Park Museum and will be open to the public. […] 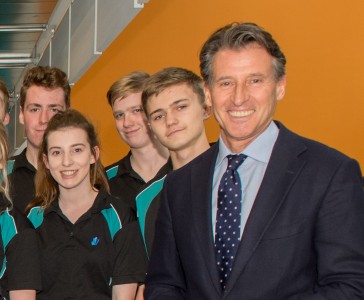 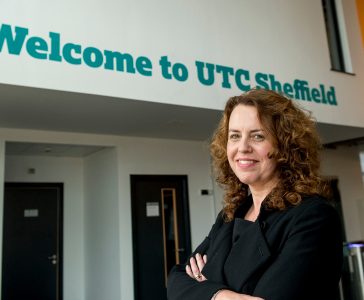 Sheffield’s second University Technical College (UTC) has been completed and students have moved into the new building today, Monday September 26th. UTC Sheffield Olympic Legacy Park campus, built by BAM Construction, has been handed over on time as planned. A total of 137 students have started at the UTC, and moved into the £10 million […] 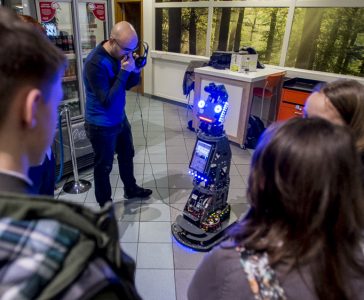 Students joining UTC Sheffield Olympic Legacy Park this September will enjoy a two-week induction programme. The induction will involve trips to employer partners as well as team bonding activities for both staff and students. After the induction students will move into the brand new state-of-the-art purpose built campus, equipped with a 3D motion capture facility, […] 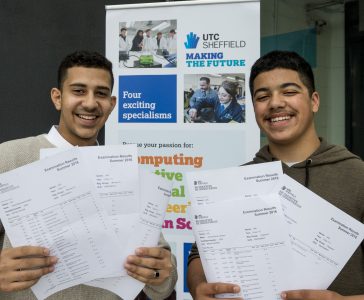 UTC Sheffield students are celebrating a successful set of GCSE results today – Thursday, August 25th. A total of 102 students at UTC Sheffield City Centre campus on Matilda Street sat GCSEs and technical qualifications this summer. Students have achieved excellent results in mathematics and science with 75% of cohort achieving A* to C in […] 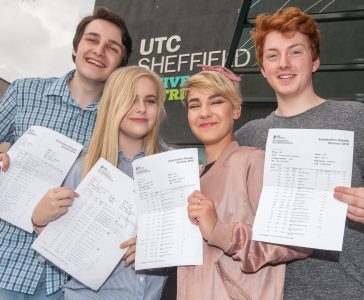 A Level results have risen at UTC Sheffield and students have also achieved an excellent set of technical results today, Thursday August 18th. At UTC Sheffield City Centre campus, on Matilda Street, all students complete a technical qualification backed by employers, equivalent to one-and-half or two A Levels. Students also have the opportunity to take […] 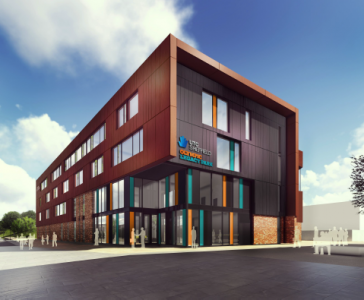 Sheffield’s second £10 million University Technical College (UTC) is on track to open to new students as planned next month. Students joining UTC Sheffield Olympic Legacy Park campus on Attercliffe Common will start their studies on time on September 12th. Around 180 new students will initially be based at Oasis Academy Don Valley on Leeds […]