All students will be able to return to learning on site at UTC Sheffield Olympic Legacy Park full-time – week commencing Monday, October 19th 2020. Thank you for your patience and understanding during this challenging time. Please note our campus tours are going ahead in single family groups.

UTC Sheffield Olympic Legacy Park are running virtual events to hear about our exciting specialisms, with an opportunity to hear from the Principal, the Curriculum Director and staff, and our employer partners. 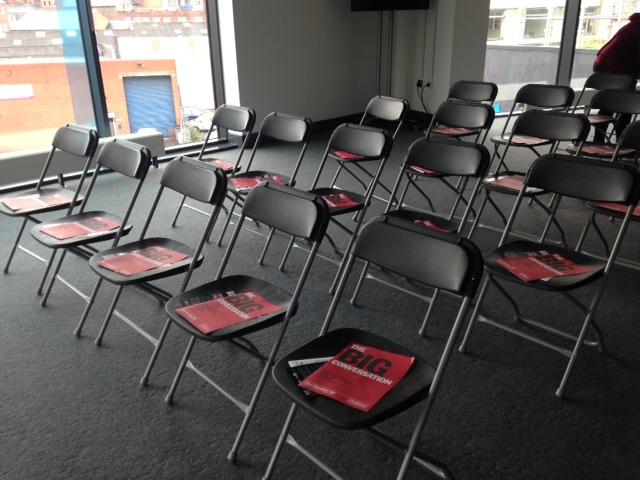 UTC Sheffield students enjoyed the chance to quiz their local MP this week.

Students at the university technical college probed Mr Blomfield on a variety of topics. They included how he got into politics, his early involvement in the anti-apartheid movement, the future of engineering and his views on economic growth.

Mr Blomfield also revealed a long-term interest in the television show Doctor Who, in response to a question from Year 12 student Ruby Woodhouse. He discussed future plans for the city when another Year 12 student, Sophie Wainwright, asked about prospects for young people.

Brigidin Crowther, Assistant Principal, UTC Sheffield, said: “We were pleased to host an afternoon question and answer style conversation with Paul Blomfield. Our audience included citizenship students learning about politics in action and sixth formers thinking about their futures in the engineering industry.”

Nick Crew, Principal, UTC Sheffield, added: “Our role includes educating our young people about the wider world, and that includes meeting our politicians. It was fantastic to hear the diverse and thoughtful range of questions being asked directly and so confidently by our young people.”

The visit was organised as part of the Big Conversation – where Mr Blomfield is discussing the issues that matter to local people at 50 activities, events and meetings across his constituency from September 12 until October 6.

Mr Blomfield said: “To do my job and represent people in Parliament I need to find out what people think. That’s why I visited the UTC and I was so impressed by the students’ passion, ideas and views. We’re often told young people aren’t interested in politics, but this Q&A showed that nothing could be further from the truth.”

UTC Sheffield, Matilda Street, Sheffield city centre, is the first institution of its kind in Yorkshire and the Humber, and specialises in creative and digital, and advanced engineering and manufacturing. It opened in September 2013.

Students complete traditional qualifications, including GCSEs and A Levels, in addition to a technical creative and digital or advanced engineering and manufacturing qualification.

A few Year 10 and Year 12 places are still available for this academic year. Apply now by emailing admissions@utcsheffield.org.uk or calling 0114 2603970. Applications received before the October half term break will be considered.