Insight into Film Production with 505 Films

UTC Sheffield Media students were fortunate enough to get a film making masterclass from Luke Dale of 505 films on the process of bringing his award winning film ‘Jump’ to the screen. Luke, assisted by lead actor George Edwards, took the Post 16 cohort through the process of developing the film from a one man Edinburgh show into the short film version. Covering such difficult issues as how a young film maker can account for small budgets or location shortages.

Luke and George explored the journey they followed to get the film made, showing students behind the scenes footage and stills highlighting some of the issues faced.

Luke highlighted his own path into the industry, from growing up in Sheffield and struggling to get films made through to the creative process of scripting the film and directing the talent to get the best possible performance from his actors.

The project fitted in beautifully with linking to the curriculum for Level 3 Cambridge Technical – Unit 15 Audio Visual Promos, Unit 5 – TV & Short Film Production. Students themselves will be challenged to produce their own short ‘films’ over the coming weeks and both Luke and George have said they will be happy to cast their critical eye over the students work as it progresses and on completion.

Luke stated that he chose to film in and around Sheffield as it provided the best backdrop for the character’s story and gave him the tools to take it to a variety of locations that other locales would not. He reminisced about his own experiences of the City and its’ great potential as a free film set with both distinctly urban and rural landscapes within easy reach.

The CDM students and staff were greatly inspired by the session and look forward to working more with Luke and George in future as potential runners for 505 films or with the generous offer of George who has volunteered to come in to offer support to our budding film makers in getting the most out of their actors. 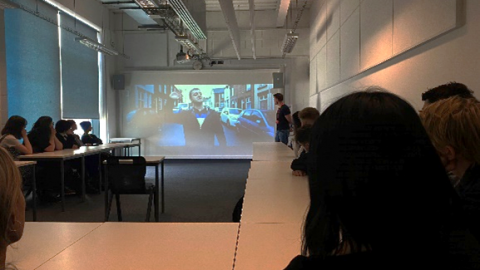 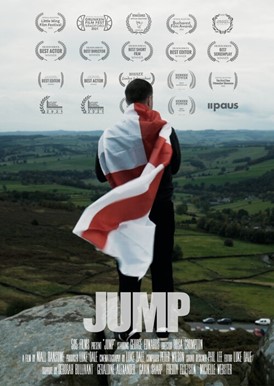 Register you place now for the Year 11 & Year 13 Prize Giving!