The UTC Sheffield teams clinched a gold, silver and bronze in this year’s WorldSkills UK after competing against colleges, employers and universities from across the country.

Yorkshire’s first University Technical College (UTC) is the only UTC to win at this year’s WorldSkills UK, in a national first. One of the teams comprised the only girls to compete in their skills category.

In a double success, four UTC Sheffield students have also been selected for the Squad UK with the chance to compete on the global stage at WorldSkills Abu Dhabi 2017. 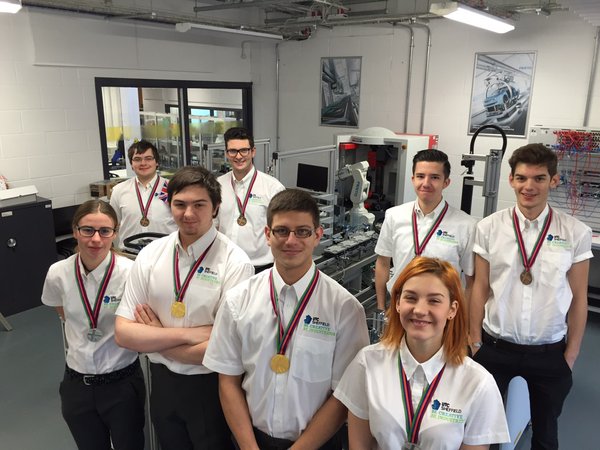 Nick Crew, Executive Principal, UTC Sheffield, said: “Our students have performed phenomenally well and rank among the nation’s most highly skilled young people. I am extremely proud of them. Taking part in WorldSkills also builds character and self confidence, qualities needed by the employers who work with us to train the next generation of talent.”

Paul Blomfield, Sheffield Central MP, said: “I’m delighted that engineering students at the UTC have won national recognition. It demonstrates what I see every time I visit the UTC – great students and great teaching producing exceptional achievement. I’m especially pleased that the girls were among the winners, demonstrating the great future for women in engineering. The students have shown the skills needed to thrive in a fast-paced and challenging economy. This is really positive for them and for the city’s future prospects.”

In addition, Jacob Staniforth, 18, Edward Anderson, 18, Jaye Griffiths, 17, and Hannah Saville, 18, have been selected to join the Squad UK for WorldSkills Abu Dhabi 2017. Competitors will spend more than two years preparing for competing on the global stage, fitting training around their study commitments. 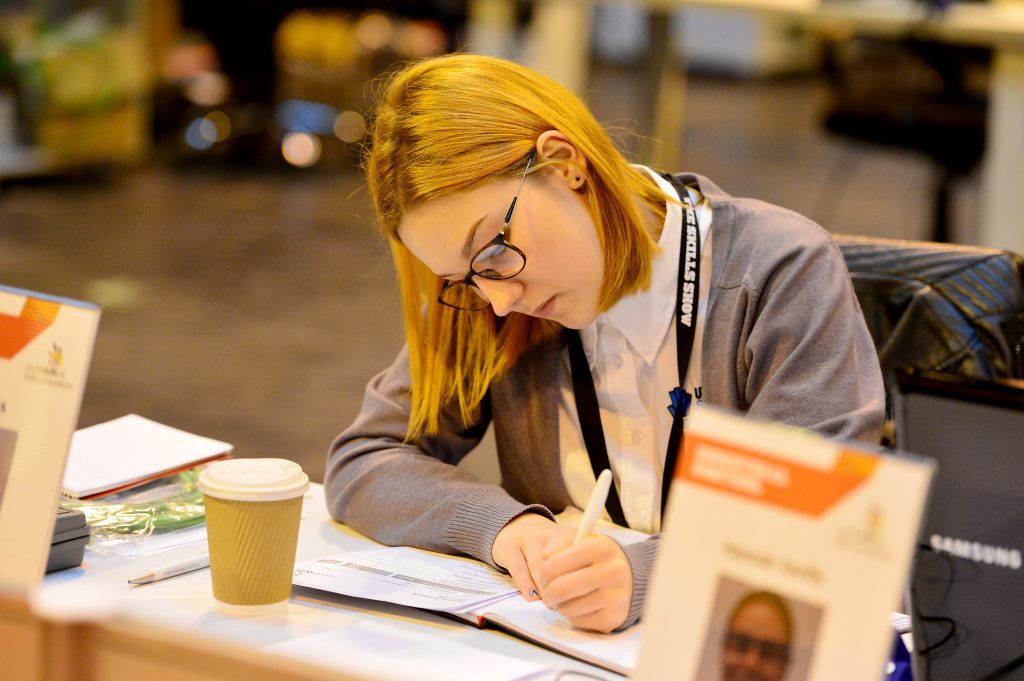 Student Jaye Griffiths, 17, whose team won a silver medal, said: “It was a really incredible experience. To achieve a silver medal and make the Squad UK team was just beyond all my expectations. It was fantastic!”

Student Kamil Zmich, 17, whose team gained a gold medal, said: “It was amazing. I never imagined I could achieve a gold. I feel very proud of all of us – of the whole team. What an experience! We all took it very seriously and wanted to reach the highest level. It paid off.”

Student Matt Toone, 17, whose team won a bronze medal, added: “It was pretty challenging at times and I realised I needed all the training which helped us make it. We were ecstatic when we heard our names called out.”

UTCs are state funded specialist technical schools for 14 to 19-year-olds where employers help to design and deliver the curriculum, training the next generation of Britain’s creatives, scientists, engineers and technicians.

Thirty-nine UTCs are already open nationally, supported by more than 600 employers. There will be 55 UTCs by 2017. Students complete GCSEs and A Levels and a technical qualification that reflects the regional skills needs of the area where the UTC is located.

UTC Sheffield City Centre campus, on Matilda Street, opened in September 2013, and specialises in advanced engineering and manufacturing, and creative and digital. It is Yorkshire and the Humber’s first UTC with more launching.

A second one, UTC Sheffield Olympic Legacy Park campus, is opening in September 2016 and will specialise in human sciences and computing. Parents and young people can find out more by attending a showcase event, on Thursday, November 26th, from 5pm to 7pm at the English Institute of Sport, Coleridge Road, profiling the healthcare, wellbeing and sports science sectors. Click here or call 0114 2603970.

The Sheffield College is the lead sponsor of both of the city’s UTCs. Sheffield Hallam University and Sheffield Chamber of Commerce and Industry are co sponsors. More than 40 employers support UTC Sheffield. They include Primetals Technologies, one of the world’s leading engineering and manufacturing companies and a joint venture between industry heavyweights Siemens Plc and Mitsubishi.

Staff have mentored students in preparation for WorldSkills UK. The company also provides curriculum projects, careers guidance and high tech equipment. Jason Sutcliffe, Lead Engineer, Siemens Plc, said: “This is a fantastic achievement which shows the emerging talent of UTC Sheffield students as promising engineers with the skills and passion needed for their careers in industry.”

Richard Wright, Executive Director, Sheffield Chamber of Commerce and Industry, commented: “These achievements show that a strong education/employer partnership can achieve fantastic results. The UTC model, where employers are embedded into the curriculum and its delivery, is very definitely the way forward. I am sure we will achieve the same with the second UTC soon to be opened on the Olympic Legacy Park.”

Andrew Cropley, Chair of the UTC Sheffield City Centre campus governing body, added: “Everyone at UTC Sheffield is thrilled at the success of these talented and committed young people.  It is clear testament to what can be achieved when employers work in close partnership with outstanding educators and enthusiastic students.  I am so proud to have been associated with this extraordinary school and hope this will inspire many more young people and their parents to explore what Sheffield’s UTCs have to offer.”

The WorldSkills UK national final was held during the Skills Show at the NEC in Birmingham from November 19th to 21st and covered a wide range of sectors from aeronautical engineering, automotive technology and beauty therapy to butchery, graphic design and media make-up. More than 200 teams won medals.

The competitions use real work projects to test competitors’ knowledge, raising their skills levels as they embark on their careers. They also build attributes valued by employers including teamwork, prioritisation of tasks, time management and working under pressure. 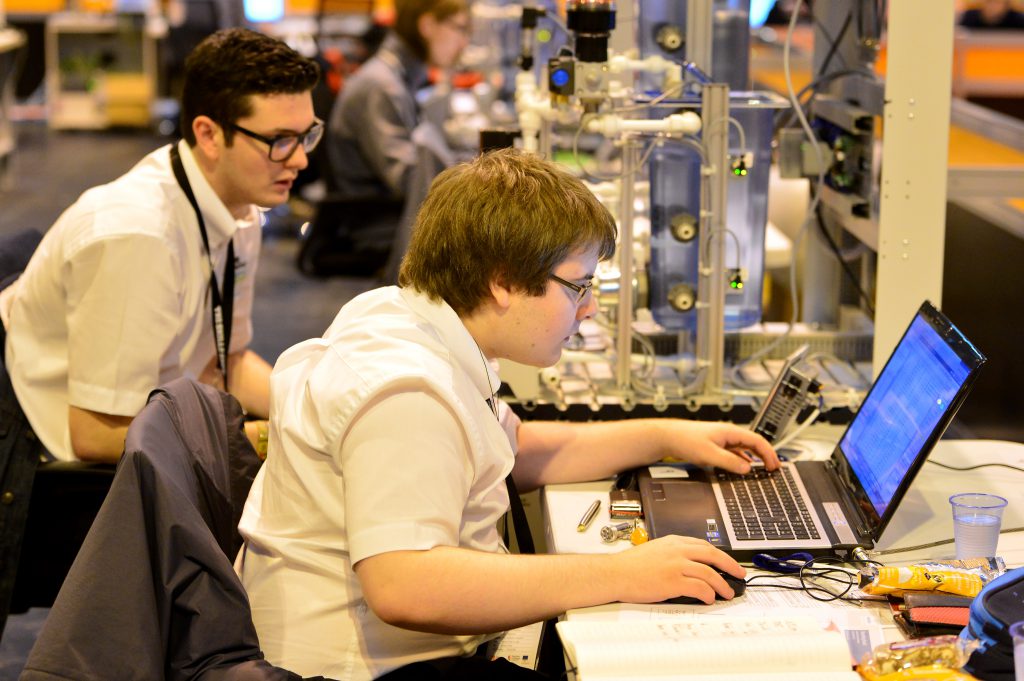 Register your place now for the Year 11 & Year 13 Prize Giving!