An Executive Principal has been appointed to lead both of Sheffield’s University Technical Colleges (UTCs).

Nick Crew, who was Principal of UTC Sheffield, has been promoted to the new role this month.

Nick will continue to oversee UTC Sheffield City Centre campus, on Matilda Street, where he has been based since it opened in September 2013.

In addition, he will oversee Sheffield’s second UTC, which is opening in September 2016 and has been renamed UTC Sheffield Olympic Legacy Park campus.

Both UTCs, for 14 to 19-year-olds, have become part of one multi-academy trust with a single board of directors. Each UTC has its own governing body.

Nick said: “I am delighted to take up this exciting post that will enable young people in Sheffield City Region to train in four sectors where there are skill shortages, offering great career prospects to our students.”

He added: “I am committed to ensuring that both UTCs continue to flourish, with the second following on from the high standards of our first UTC which has attracted national recognition.”

UTC Sheffield City Centre is Yorkshire’s first UTC. It opened in September 2013 and has two key specialisms – advanced engineering and manufacturing, and creative and digital industries.

More than 40 employers are involved in the curriculum including Siemens Plc, Rolls-Royce, Warp Films and Can Studios.

Students can join in Year 10 aged 14 or Year 12 aged 16. They have the opportunity to take academic qualifications such as GCSEs and A Levels as well as a technical qualification.

Alex Reynolds, who was formerly Vice Principal, has taken over the day to day running of UTC Sheffield City Centre campus and been promoted to Principal. He said: “I am extremely proud to take up this new role. The engineering and advanced manufacturing, and creative and digital, specialisms are both key growth sectors that continue to inspire and excite me.” 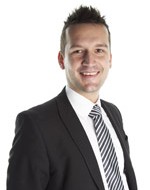 He added: “I want to pass on this enthusiasm to our next wave of students, as our employer links expand. I will sustain the already excellent provision whilst continuing to support innovation in teaching and learning through a blended academic and technical approach.”

This includes healthcare technology, sports science, exercise medicine and wellbeing, which are all key growth sectors in Sheffield City Region.

Register your place now for the Year 11 & Year 13 Prize Giving!